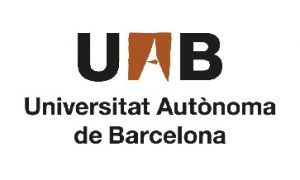 In this room, we investigate the revivals and imitations of Korean tea bowls in two of the major Kyushu ceramic tradition founded by Korean immigrant potters: Hizen stoneware and porcelain. What stylistic traces did Korean potters leave on Japanese ceramics?

In examining the stylistic influences of Korean ceramics on Kyushu ware, it is important to understand Japanese appreciation for Korean-made ceramics prior to the Imjin War.

The high esteem for Korean ceramics in the Japanese tea ceremony resulted in the creation of a category, Kōrai chawan within the tea aesthetic from the sixteenth century. The name “Kōrai” comes from the Japanese pronunciation of Koryŏ, the dynasty that ruled on the Korean peninsula from the tenth to the fourteenth centuries, and which became a synonym for Korea in Japan. The varieties of the most famous Kōrai chawan include Mishima, Ido, and Katade.

Mishima is a name invented and used by Japanese tea practitioners to refer to a type of inlaid and stamped Punch’ŏng ware(Fig.69 and Fig.70) from Korea. The term, Mishima, began to appear in tea diaries from 1565, attesting to the fact that considerable numbers of Kōrai chawan were used in the tea ceremony, and that their varieties were defined by different names at this time. 68 The Momoyama-period tea text, The Records of Yamanoue no Sōji, written by Yamanoue no Sōji (1544–1590), a famed disciple of Sen no Rikyū, records this new trend: “Chinese teabowls are out of fashion, Korean (kōrai), Seto, and ‘just-fired’ (Raku) teabowls are popular today.” 69

Ido ware is one of the most famous types of Kōrai chawan. This type of bowl, made at regional kilns in South Kyŏngsang Province in Korea, did not vitrify completely due to its clay containing a considerable amount of kaolin. As a result, the most pronounced feature of Ido bowls is the irregular textures of the coarse stoneware clay body coated with a thick ash glaze (Fig.71 and Fig.72), which Japanese tea connoisseurs found appealing. 70 You can see an example of a Japanese teabowl inspired by Ido ware, in Room 2: Fig.15.

Beginning in the 1580s, pieces of Chosŏn porcelain that had initially been made for everyday use in Korea were imported and adopted as tea bowls in Japan. For instance, Katade tea bowls, made from porcelain clay, were prone to staining and Japanese tea practitioners found such traces of use appealing. 71

One of the major changes in Karatsu stoneware production in the period between 1610 and 1650 was the adoption of new decorative styles, many of which were inspired by older Korean techniques.

A prime example of this trend of reviving Korean styles in Karatsu ware are pieces with inlaid and stamped designs known as “Mishima Karatsu” (Fig.75). Here, the simplified and exaggerated motifs, particularly chrysanthemum blossoms and rows of wavy and diagonal lines, and their arrangement echo those on much older Korean Punch’ŏng bowls and dishes, discussed above (Fig.69 and Fig.70. See also Fig.76).

As Punch’ŏng ware had already died out in Korea by the first half of the sixteenth century, Japanese tea practitioners began to commission Punch’ŏng pieces directly from Korea. One of the earliest made-to-order ceramics is a type of inlaid and stamped Punch’ŏng tea bowl made in Korea during the late sixteenth and early seventeenth centuries. These bowls (Fig.77 and Fig.78) made exclusively for Japanese consumption are known as Hori-Mishima in Japan. Most importantly, Hori-Mishima production in Kyŏngsang Province evidences that this technique was still practised and preserved by small groups of Korean potters who worked for Japanese consumers. 72

From the 1610s, inlaid and stamped-pattern designs (Fig.79) began to appear in Kyushu and they became one of the most prominent decorative modes in seventeenth to nineteenth century Japanese stoneware. Given the considerable skills required to execute advanced techniques of inlay and stamp-patterning, it is reasonable to assume that they were transferred by skilled Korean potters brought to Kyushu after the Imjin War. 73

One of the most fascinating aspects of inlaid and stamped Karatsu ware is the degree to which it transformed the fashion of Korean prototypes, creating innovative reinterpretations.

On the dish shown in Fig.79, the individual motifs, including the small chrysanthemum blooms and the rows of wavy lines, are conscious references to early Punch’ŏng dishes (Fig.80). While the overall design echoes closely those found on early Punch’ŏng vessels, the motifs such as the circle pattern of rows of dots and their arrangement are very different. 74

Likewise, a fresh-water jar (Fig.81) intended for use in the tea ceremony also exemplifies Karatsu revivals of the Punch’ŏng idiom (Fig.82). The shape of this vessel is not found in Korean ceramics, and the motifs on this jar range from those derived from Chosŏn Punch’ŏng to those such as the square pattern that are entirely new. These examples represent an intriguing blend of stylistic elements from Punch’ŏng and domestic ceramics in Japan.

While the overall design of inlaid and stamped Karatsu ware is reminiscent of Korean Punch’ŏng ware, it is worth noting that its adoption of specific motifs such as the crane, rarely found on Punch’ŏng vessels, is quite an interesting phenomenon. As a symbol of longevity, the crane has deep roots in the East Asian art tradition. In Japan, the crane was a popular painting subject in elite art (Fig.83).

Nabeshima Katsushige, the lord of the Saga domain in Hizen, which produced Hizen ware, is credited with initiating the emulation of Korean porcelain for use in the tea ceremony.

After the Battle of Sekigahara, Nabeshima Katsushige, who fought against the Tokugawa forces, made every effort to reconcile with the victor, Tokugawa Ieyasu. As an avid tea practitioner, Katsushige began ceramic production in his domain and produced ceramics meant for the annual presentation to the Shogun and his family. It is probable that Katsushige paid special attention to popular types of Kōrai chawan including porcelain bowls and commissioned works modeled after them. 77 A letter by Katsushige in 1615 records the popularity of Kōrai chawan and lists the 11 Kōrai chawan acquired by Katsushige himself. 78

Likewise, archaeological findings at the Osaka Castle site support the rising popularity and availability of Korean porcelain in Japan. Built by Toyotomi Hideyoshi between 1583 and 1597, Osaka Castle was one of the cultural and economic centers of the late Toyotomi period. A type of Korean porcelain bowl (Fig.87) being produced in South Kyŏngsang Province made its way to Japan and entered Japanese tea practice from the late sixteenth century. 79

In the tea gatherings from 1591 to 1601, we find a reference to “white” Kōrai chawan, probably denoting either white porcelain or white-colored tea bowls. 80 This suggests the emergence of a new type of Kōrai chawan, surpassing Mishima and Ido tea bowls in popularity.

Emulations of Korean porcelain bowls (Fig.88 and Fig.89) made at kilns in the Nabeshima family’s home province of Hizen were probably spurred and influenced by this new trend. It seems probable that Korean potters who had previously worked at the regional kilns in South Kyŏngsang Province brought their techniques with them when they were taken to Japan as a result of the Imjin War, and produced emulations in keeping with the prevailing tea ware fashion in Japan during the early part of the seventeenth century. 81

The decorative and stylistic vocabulary of Korean ceramics, including Koryŏ inlaid celadon, and Chosŏn period Punch’ŏng stoneware and porcelain, were thus reinterpreted by Korean potters after the Imjin War. The deep appreciation of Korean-style tea bowls by Japanese tea practitioners facilitated the enduring legacy of these styles, and they continued to inspire modern and contemporary potters in Japan.

We can see this, for example, in the work of the renowned potter Yagi Kazuo (1918-1979), who developed highly creative and personal interpretations of Korean Punch’ŏng white-slip design. In Fig.90, by Yagi, the brushed application of white slip and repeating stamped alphabet design on the surface of the vessel echo the white slip and stamped designs of Punch’ŏng ware, while at the same time the use of the alphabet and the vessel’s unusual shape take this tradition in a new direction.

As Yagi’s work shows, more than four centuries after the Imjin War, the vocabulary of Korean ceramic traditions has enduring appeal in Japan today. In addition, many of the pottery traditions founded by captured Korean ceramic artisans are still active — Karatsu, Hagi, Takatori, and Satsuma ware, to name but a few, continue to produce works for sale, ranging from highly artistic collectors items, to more widely used, mass-produced pieces. Some kilns in Satsuma are run by families that directly trace their lineage to potters brought to the region during the war. 82 The landscape of ceramics in Japan was forever altered by the Imjin conflict and its legacy remains with us. 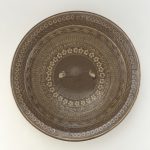