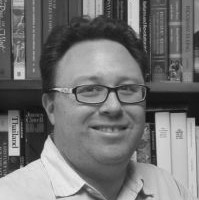 Kenneth Swope is Dr. Leo A. Shifrin Chair of Military & Naval History at the United States Naval Academy in 2019-20.  He is also Professor of History & Senior Fellow of the Dale Center for the Study of War & Society at the University of Southern Mississippi and a Senior Instructor and course designer for Norwich University’s Master’s in Military History program.  He is the author of A Dragon’s Head and A Serpent’s Tail: Ming China and the First Great East Asian War, 1592-1598, and The Military Collapse of China’s Ming Dynasty, 1618-1644, which was featured on the podcast “New Books in Military History” and named a Choice Outstanding Academic title. He has also published dozens of articles, book reviews and chapters in edited collections and presented his scholarship at conferences all over the world.  He serves as the book review editor for  The Journal of Chinese Military History and is a member of the Board of Directors for the Chinese Military History Society. His newest monograph, On the Trail of the Yellow Tiger: War, Trauma, and Social Dislocation in Southwest China During the Ming-Qing Transition, was released in 2018 from the University of Nebraska Press.  Most recently he edited and contributed to The Ming World, published by Routledge in 2019.  His current project is a study of the Qing Dynasty General, Zuo Zongtang.