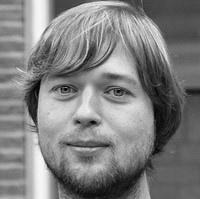 Postdoctoral researcher at the Autonomous University of Barcelona

Barend Noordam is a historian of Ming China, specializing in global military history, the history of science and technology, and knowledge circulation between East Asia and China, Turco-Persia, and Europe.

As part of the Aftermath of the East Asian War-project, Barend is tracing the development, textual consolidation and diffusion of military technology in Ming China and Chosŏn Korea. The Imjin War, or East Asian War of 1592-1598 as it is known, is of specific significance for the history of (military) science and technology in East Asia, because it provides a fruitful mirror and counterpart to similar developments taking place in contemporary early modern Europe with its endemic interstate wars. The historiography on military developments in early modern Europe has often stressed the region’s interminable interstate conflicts as a prime reason for the rapid technological developments taking place there. Barend’s research therefore aims to explore this notion of heightened technological innovation and diffusion during incidences of interstate wars by looking at this process in Ming China in the immediate aftermath of the East Asian War. The research will identify key networks of actors involved in the process of technological innovation and diffusion by means of several case studies embedded in specific regional imperial frontier contexts.

In 2018, Barend successfully defended his dissertation on the Chinese military commander Qi Jiguang (1528-1588) and the role his engagement with Neo-Confucianism played in his social network of civil officials and scholars. This engagement impacted his access to military knowledge, the contents of his own military thought, and most significantly his career opportunities. Barend’s earlier research focuses on the transfer and appropriation of military technology between European actors and Ming-Qing China, as well as the history of transcultural perceptions and military intelligence. More recently, his research has considered the socio-cultural and intellectual aspects of the simultaneous upsurge of military knowledge production in both Europe and China in the sixteenth and early seventeenth centuries. A special focus is on the role of the antique past as an exemplar and the nature of the cooperation between classical scholars and professional military men.  Research interests include global (military) history, science and technology, cultural transfer processes, knowledge circulation, and early modern interactions between East Asia and China, Turco-Persia, and Europe.

Noordam, Barend. “Ming Military Organization through the Lens of Contemporary European Observers: A Study in the History of Perception.” In Ordering the World in Asia and Europe: Exchanging Ideas of Governance and Administration Since the 16th Century, edited by Sebastian Meurer, Susan Richter, and Nicolas Schillinger, forthcoming. Munich: De Gruyter, 2020.

Noordam, Barend. “Military Intelligence and Early Modern Warfare: The Dutch East India Company and China, 1622-1624.” In Concepts and Institutions in a Transcultural Context, edited by A. Flüchter and J. Schöttli, 113-135. Heidelberg: Springer, 2015.

Noordam, Barend. “Technology, Tactics, and Military Transfer in the Nineteenth Century: Qing Armies in Tonkin, 1884-1885.” In Structures on the Move. Technologies of Governance in Transcultural Encounters, edited by Antje Flüchter and Susan Richter, 169-188. Heidelberg: Springer, 2012.