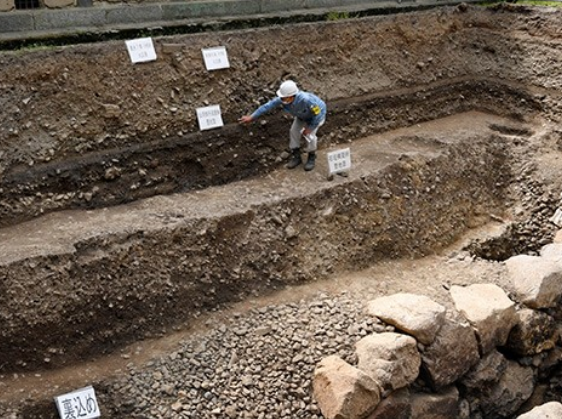 The Asahi Shimbun is reporting that the excavation of ruins of Toyotomi Hideyoshi’s final castle is being “hailed as the greatest discovery in Japan of this century.” The so-called “New Kyoto Castle” (Kyoto shinjō) was previously known only through the writings of court nobles, but has now been located and is being excavated by the Kyoto City Archaeological Research Institute. The castle is believed to have been completed in 1597, one year before Hideyoshi’s death and the end of the Imjin War.